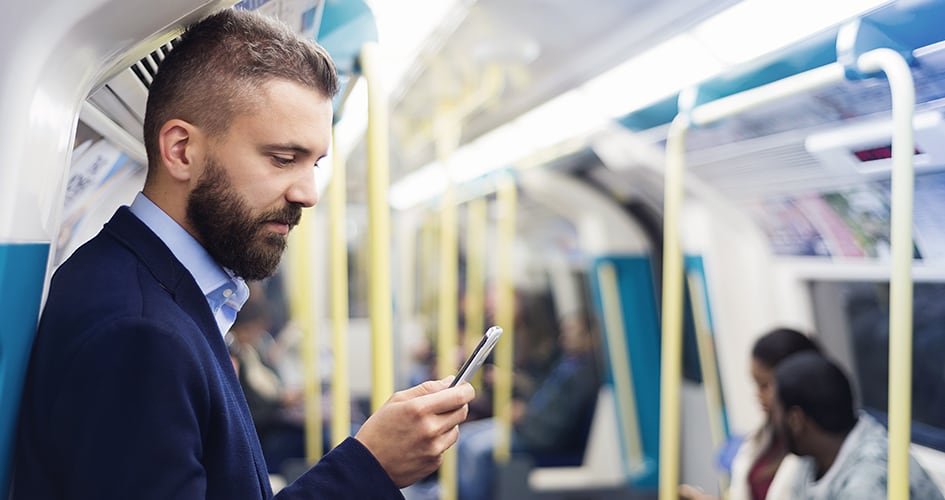 With the year coming to an end, we've seen some hard-to-spot developments of interest to the smarter intranet manager in 2023. Let's look at four up and coming trends for intranet software and digital employee experience platforms more generally:

Trend 1: Chatbots in the intranet fail to make an impression

Since about 2017, it seemed widespread chatbot adoption for internal use cases was merely "months away". Even in 2022 there are some promising studies, such as Businesswire (source) seeing exponential chatbot market growth until 2028, or Insight Partners (source) predicting a nearly 32% annual growth rate for virtual assistants.

We've seen many mainstream products such as Microsoft Teams adding or improving their chatbot function in 2022. For example, IBM actively touts Watson Assistant for internal use, or Webex Teams added more developer tutorials. However, we see a few worrying signals, that might dampen the outlook for intranet-centered chatbots in 2023:

The news is out, Alexa is seen as a "colossal failure" after Amazon has tried almost every trick in the book to get their money's worth from Alexa. After countless of form factors trying to entice consumers, Amazon always had nascent plans to conquer the workplace. Adding Echo devices should've improved anything from meeting room hardware, coffee makers to the working from home experience.

But with the Alexa team downsizing, it's safe to assume Alexa for Business is shelved. This is bad for two reasons. Firstly, it's a coming to terms more generally with the fact that chatbot interfaces aren't the sure-fire hit the industry hoped they would be. And secondly, Echo devices at work could have spelled a much-needed influx of voice-enabled hardware which some saw as hindering adoption of chatbots at the workplace.

Throughout 2022, we observed most interest was centered around customer-facing chatbots, for example General Motors offering finance, or TD Bank creating a customer support chat via IBM Watson. IBM is also spending marketing dollars on honing its profile as Watson Assistant being a customer service tool. What's curiously absent are any forays into internal-facing chatbots that let employees access workplace resources. Are there any chatbots that let employees book PTO, reserve a meeting room or check their work apps? If there were (that scaled successfully), we probably would've heard about them...

Another, somewhat inexplicable, observation can be made in Gartner's infamous Hype Cycle that they release every year. In 2021, chatbots hit rock-bottom in the trough of disillusionment, which is bad enough. But in 2022... they straight up vanished! Yes, that wasn't an accident. Gartner has reported that chatbots are plagued by low ROI. Despite expecting some moderate growth, the fact they didn't bother to even mention chatbots in the Hype Cycle speaks louder.

Numbers on SharePoint's market share are hard to come by, estimates range between 46% and 60%, depending on what product category you see SharePoint as.

With 2022's addition of Viva, Microsoft truly ascends to be an "intranet + employee experience" class of its own. Practically overnight, Viva has added so many new features to SharePoint, such as employee training, workplace welfare tools, CRM enhancements, personal development goal tracking – it's actually hard to list them all. And Microsoft's pricing strategy is aggressive, having successfully learned from defeating Slack (which was bought by Salesforce).

At the time of writing, and despite being new on the scene, Microsoft already bundled parts of Viva with all Microsoft 365 plans. In 2023, expect this bundling to continue as the tools grow and mature. The intranet software market is expected to grow by $15 billion in the next four years, and you bet Redmond will want a lion share of this 'digital employee experience' pie.

So who will lose? Traditional intranet platforms. They cannot keep up with the sheer explosion of Microsoft 365 features, and the growing ecosystem of apps that run on Teams or Office. Already industry analysts are highlighting that any intranet that wants to be successful survive needs to leverage the Microsoft 365 investments companies have got.

If you've been using our platform, you'll know how we use every opportunity to talk about our Card-based UX. Well... we must have some fans at Microsoft (or is it the other way round), because Viva Connections is using Adaptive Cards, too. 😉

Related: Everything admins should know about Viva Connections

This may seem trivial, but Microsoft already had a standard unit of measurement for SharePoint – their web parts. To ditch them, in favour of something brand new, also meant they're starting at zero AppSource integrations that work with Viva. This caused a bit of an upset to developers, who can no longer use the off-the-shelf React components which made creating interactive web parts easy.

Why ditch all of this? Well, despite Microsoft trying to keep web parts simple, they are still rife with complexity. An in-house development team has to contend with near consumer-app levels of development effort to make a web part, which means they often just don't get made.

Adaptive Cards are the extreme opposite to this: they really can be designed in minutes – try it yourself if you're in any doubt. This is achievable only due to Microsoft cutting the number of UI elements down to a handful and extremely limiting layout options.

How is this good? Sporadic SharePoint developers, such as those working in-house, find it easier to contend with the relatively fewer options Adaptive Cards offer; there is no styling and no inclusion of any libraries. They are just so simple that more ideas can be built out and receive some kind of UI, even if it is a limited one.

This isn't to say Adaptive Cards are ugly, they can in fact look visually very pleasing – they just strike a balance between what's possible and practical.

Adaptive Cards are supported only by a few non-Microsoft vendors, such as Cisco Webex. However, plugins are available for mainstream intranets such as Wordpress, Lumapps or Drupal. In 2023, we'll probably see more platforms adding Adaptive Cards support, or perhaps another standard could emerge that may exist alongside it.

Related: Building with Adaptive Cards? Here's what you should considerTrend 4: More apps that talk to one another

Trend 4: More apps that talk to one another

What sets old-school intranets apart from a modern employee experience, is the number of applications you can connect to them. Think about it, since the 1990s intranets wanted to be a "hub" for "all" things an employee needs through the day. Yet, most can't show you your tasks from Jira, leads from Salesforce or PTO balance from Workday. Why? Because integrations are usually one-offs, cost the vendor a lot to maintain and are never on people's intranet shopping list until the initial implementation has happened, and problems start to emerge.

Yet over 10% of knowledge workers have to jump between 11 or more separate applications daily.

Apps are like the tyres on a car: sure, Chevy doesn't sell you on them (because they aren't sexy), but they are expected to be there and – without them – your ute isn't going anywhere.

In 2023, you can expect to see a lot of intranets trying to scramble to add app marketplaces, either by offering gateways to Zapier or competitors, or by integrating themselves into bigger platforms such as Microsoft Teams (or both).

Bonus trend: What an intranet is changes

In the beginning, defining an intranet was easy. It was always a self-hosted, self-contained website to store documents and foster communications. Nowadays, the boundaries of what constitutes an intranet are far more fuzzy. Could Microsoft Teams be an intranet? Does an intranet still need news publishing? Is Wordpress an adequate front page for the intranet?

One undeniable trend has been, and will continue to be in 2023, that intranets have edged closer to being a virtual representation of the physical employee experience. What does it mean to work for your company? Whatever your individual answer to his question is, your intranet will reflect that front and center. For example:

On the back of which platform you create such a digital employee experience is less important to the user. Nowadays, almost anything intranets formerly did, can be replaced with one of many niche apps. So it's more becoming a question of what your intranet does and less how and where it does it.

Do you disagree with any of these trends? Do you think I missed something that should have been on this list? Let me know in the comments below. Otherwise I hope you found this insightful and agree that the future of intranets in 2023 surely looks bright.